You are here: Home » Blog » Commemorate Kristallnacht – The Ballad of Mauthausen Performed by Allison Bolshoi 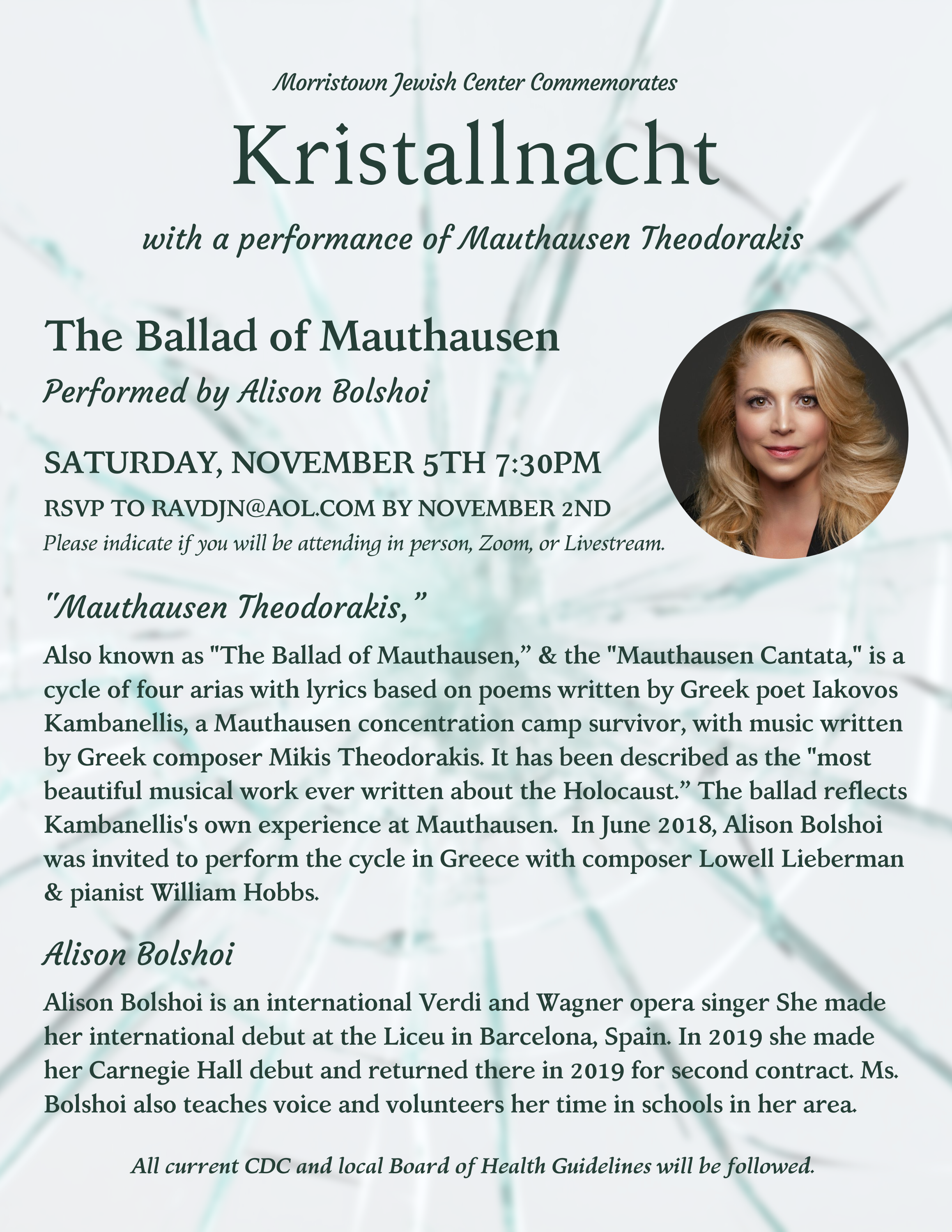 Commemorate Kristallnacht – The Ballad of Mauthausen Performed by Allison Bolshoi

RSVP to ravdjn@aol.com by November 2nd – please indicate if you will be attending in person, over Zoom, or on our livestream

Also known as “The Ballad of Mauthausen,” & the “Mauthausen Cantata,” is a cycle of four arias with lyrics based on poems written by Greek poet Iakovos Kambanellis, a Mauthausen concentration camp survivor, with music written by Greek composer Mikis Theodorakis. It has been described as the “most beautiful musical work ever written about the Holocaust.” The ballad reflects Kambanellis’s own experience at Mauthausen. In June 2018, Alison Bolshoi was invited to perform the cycle in Greece with composer Lowell Lieberman & pianist William Hobbs.

Alison Bolshoi is an international Verdi and Wagner opera singer She made her international debut at the Liceu in Barcelona, Spain. In 2019 she made her Carnegie Hall debut and returned there in 2019 for second contract. Ms. Bolshoi also teaches voice and volunteers her time in schools in her area.