“After 25 years, it’s nice to know…”—A thank-you from Rabbi Nesson

The first time I remember coming to New York City as a child was for the 1964 World’s Fair. During that visit, I saw my first Broadway play, “Fiddler on the Roof,” at the time staring Zero Mostel. One of the songs, a duet between Teveye and Goldie, ends with the words, “after 25 years, it’s nice to know.”

After 25 years, the same rings true for me, today. I was overwhelmed on January 25, when so many of you joined together in the Ballroom to celebrate these 25 years with Ellen, family and me, and by the letters, emails, phone calls and myriad of other good wishes I received from those who could not personally attend. And I was equally overwhelmed on Sunday morning when our religious school families also gathered to share in the celebration.

I was so moved by your memories, by your good wishes, and by our mutual vision of our future.

I am also thankful. So, in this month’s newsletter, I want to extend my thanks to all of you who made this “event” in the history of our congregation so meaningful, fun, warm and poignant. I will not enter the danger zone of trying to remember the names of all those who worked so tirelessly to make every detail so special. You each did. I will thank the co-chairs of the evening, Dorothy Cohen and Donna Gross, and their committee; our presidents, Robert Berns and Fern Spitzer; and our religious school co-directors, Michelle Nulman and Gail Sulkin, who planned the Sunday festivities. I know there is an incredibly long list of others who made this weekend special, so thanks also to each of you.

In recalling the song from “Fiddler,” I think about the fact that it was a duet. (You may or may not know that originally there was another song planned, a solo for Goldie, but it made way for this duet.) I believe it is the duet—the partnership—we, our congregation and myself have created during these past 25 years that has been a great part of our success. In fact, one of the words that the Hebrew gematria can create for the number 25 means “to bind together and to fortify.” It is the partnership , the binding together, that we have shared in the past that I also hope will create new harmonies in our duet for our future. After all, after 25 years, it’s nice to know.

With many thanks and with overflowing gratitude, 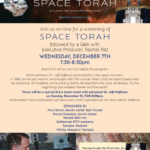 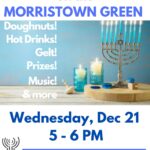 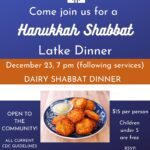 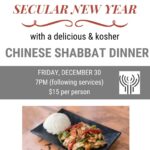 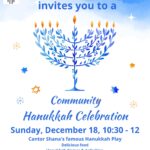